Why All The Fuss ?

We were in town today. Went to the Air Canada ticket office to buy some tickets on LAN airlines. Turns out you can't do that here. You have to buy them outside the country or buy directly from LAN, at a much inflated price. Wouldn't have mattered anyway .... as the gal we spoke with explained .. the company gave the office a brand new computer system that is the state of the art machinery. No printer to go with it. The old printer won't print the ticket stock anymore as the interface is all wrong. They're back to hand writing tickets for the time being. So much for progress. 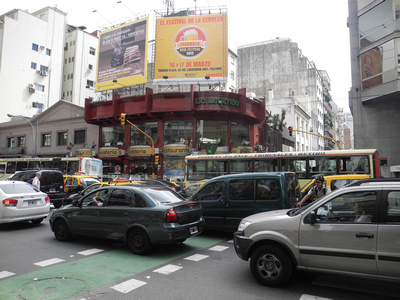 But I digress. On the way to that office we ran into a huge traffic jam. Absolutely chaotic! .. and with no end in site. We ended up walking and came to a major intersection in the Av 9 Julio. Seems there were some 5-6 groups of protesters there, with placards, drums, chanting, marching and generally being a pain in the butt to everyone. They stopped traffic and humanly barricaded the main street in town and wouldn't let any vehicles pass. The police were there and just left the protesters alone do their thing. 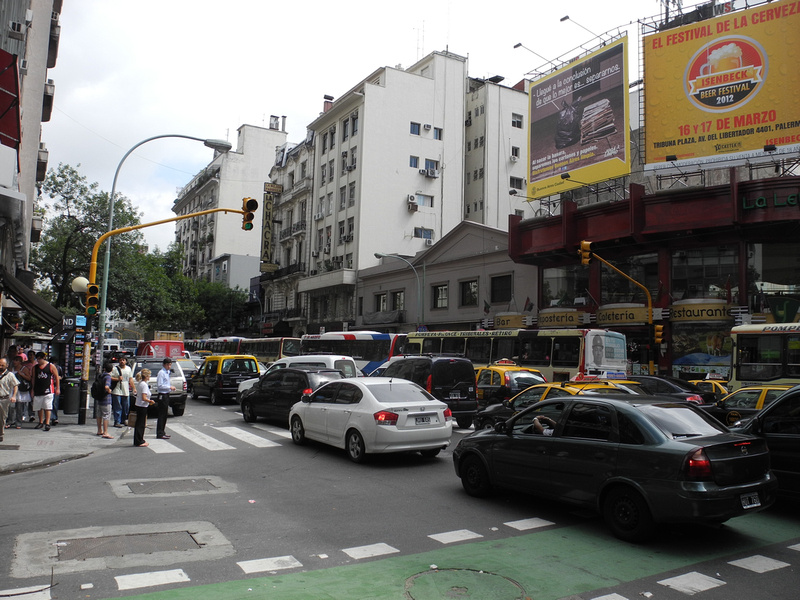 I looked around and it seems that one group was protesting how long it took to recover the last dead body (3 days ... a young man in a rear car) from the train wreck at the Once train station last Wednesday. 51 people died and over 650 people injured when the train ran into the barricade at the end of the track in the station. Seems the train failed to slow down and each of the cars imbedded itself into the car ahead - like an accordion I guess you could say. 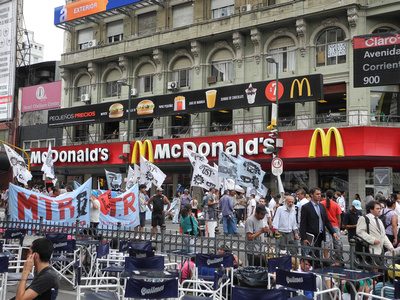 The teachers here are on strike now, protesting the low salaries and poor working conditions. In most cases they are justified, especially when you consider that the parliament (congresso) just voted themselves a 100% raise and won't offer anything more than an 18% uplift to the teachers - and with inflation reaching 28% as well. And of course there is the army. Seems during the war over the Falklands (Malvinas) Islands the real army was sent to do battle and they conscripted a lot of men into the army to replace those that went to fight. The conscripts who stayed in Argentina, never went to war and were released immediately after the end of hostilities are now demanding the same degree of medical/retirement compensation as those regular force men who actually fought and stayed in the service for a career. The govt is telling these guys to pound sand .. so they are protesting. 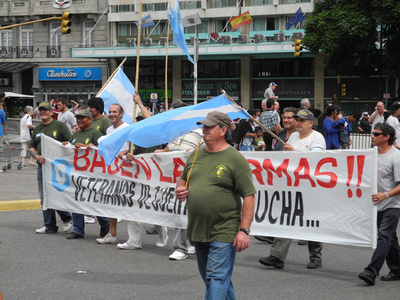 The protesters seem to gather numbers like wind gathering leaves. When the word goes out that there will a protest, everyone makes a day of it .. they bring the kids, Dad takes a day off work, Mom makes a picnic lunch and they all go to the event. It's party time for the most part .. as long as it doesn't get out of hand. 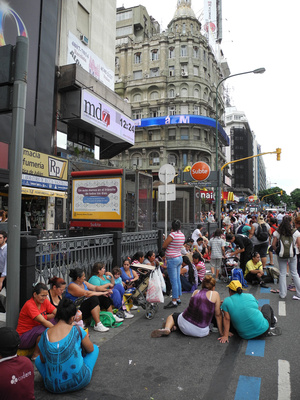 Eventually this will all blow over, but then there will something else for people to get upset about and protest and rally and block traffic etc. etc. etc. There always seems to be a tempest in a tea pot brewing somewhere.