As we spend more and more time here in the deep south west of New Mexico, we are discovering more and more about the history of this area. When humans started arriving in North America several thousand years ago I would suppose (like we "snowbirds") they found the winters in the north rather uncomfortable and continued their migration to this area of the south.

There have been many recent findings here by archeologists, that date back a couple of thousand years at least. Our valley, the Mesilla Valley of New Mexico, was the home of a number of tribal peoples but predating them was a society of people designated the "Jornada Mogolon" culture. Some 600-900 years ago they populated the valley and surrounding area.

At a place called Three Rivers, they had a fairly sizeable village that has been the subject of great investigation. There are a couple of reclaimed living quarters on view in the village and some of the artifacts they left behind are in the local university museum. This discovery occurred mainly because of the petroglyphs these people left behind after their society died out. There are hundreds of them ... so many in fact that this place has the most of any area in North America.

We visited the site for a day and I've included the photos that we came home with. No one seems to know what these diagrams mean, or whether they tell a story. In spite of the look of some of the petroglyphs they are the real thing according to the science folks. If you're interested, please see some of the photos below via the slide show. 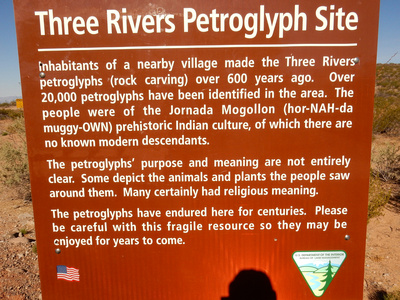 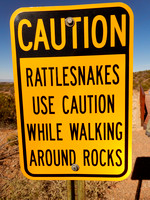 Open the slide show by clicking on the panel below. 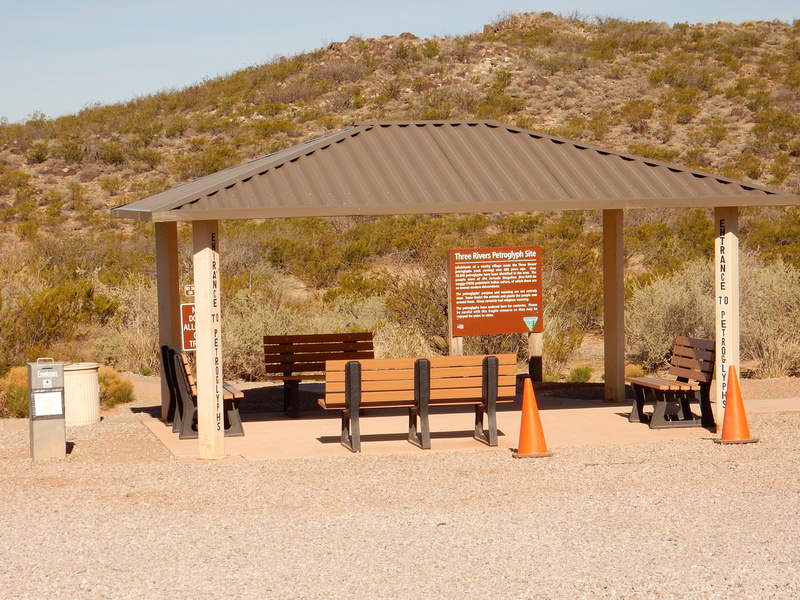