We went to the Natural History museum in town today. It was so windy that golfing was not an option, so we filled the time with other more esoteric pursuits.

The museums in Las Cruces remind me of London, England. They're free, no admission fee and stay as long as you want. This museum is rather modest in size but I was really intrigued by it. You have to understand the history behind this valley we live in to fully appreciate what you see.

About 280 million years ago, this valley was the home to a variety of wildlife that were classed as being "Permian" life forms because of their age. It was also the location of a huge inland lake (small ocean really) that hosted this early wildlife. About 250 million years ago there was an event called the "Permian Extinction" that resulted in virtually 98% of all life on Earth dying out. All the life forms from the previous age were gone, which opened up the way for the oceans to produce amphibian life forms, which eventually became land dwellers and evolved into the "Jurassic Park" animal life we see in the movies.

The flat plates of shale that are in these photos are close to 280 million years old. There are tracks of the life forms that inhabited this area way back then impressed on those pieces of shale. The T-Rex in the photos came after the "P-Extinction" and lived here until about 65 million years ago, when a meteor hit the Earth around the southern end of the "Gulf Of Mexico" and wiped out all the dinosaurs (as well as sundry other life forms). At this museum you can actually touch the displays that are that old. I was in awe of the age factors involved.

As I said, its not a big museum but it has artifacts that were discovered here, as recently as 1980 and since. It makes a person feel real humble. The T-Rex head is mounted so you can stand right beside it. Again, makes you feel pretty small and insignificant.

I have also included a couple of pics of the local wildlife as it exists now. Thought you might like something to compare with...not necessarily in order. 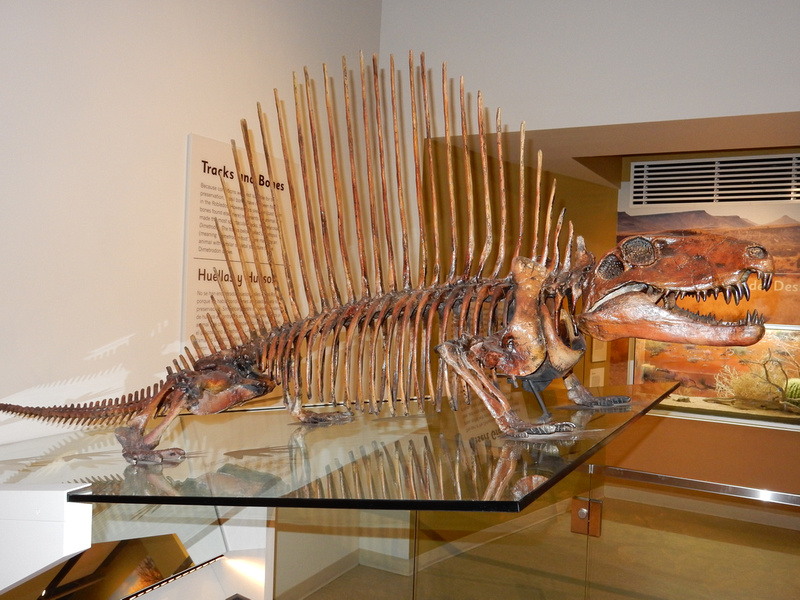