Visitors 0
Modified 19-Apr-19
Created 15-Sep-09
25 photos
The complex known as the Hôtel National des Invalides was founded in 1671 by Louis XIV, the Sun King. He wanted to provide accommodation for disabled and impoverished war veterans.

Originally only a number of barracks were planned, but king Louis XIV chose a design by architect Liberal Bruant which consisted of a large impressive building with a royal courtyard and church. The front facade facing the Seine river is 196 meter long (643 ft). The whole complex features 15 courtyards, the largest being the cour d'honneur (court of honor). This courtyard was used for military parades. The building was completed in 1676 and housed up to 4,000 war veterans. A wide, 500 meter long esplanade designed by Robert de Cotte separates the Hôtel des Invalides from the late 19th century Pont Alexandre III and the Seine river.

Starting in 1676 on request of the Sun King's war minister, the church Saint-Louis was added as an annex to the complex. It was built by Jules Hardouin Mansart after the design by Libéral Bruant, the architect of the Hôtel des Invalides. The church, then known as the pensioners' Choir but later referred to as the Soldiers' church was opened for the soldiers in 1679. They were required to attend the daily mass here. The church is connected directly with the Royal chapel, better known as the Dôme des Invalides. This chapel with a 107 meter high dome (351 ft) was for exclusive use of the royal family. Construction of the dome was completed in 1708, 27 years after the first stone was laid. Plans to bury the remains of the Royal Family here were set aside after the death of King Louis XIV, and in 1840 king Louis-Philippe repatriated the remains of the Emperor Napoleon from st. Helena - where he was buried after his death 19 years earlier - to have Napoleon entombed here. The Dôme des Invalides now also houses the tombs of several other military leaders like Turenne, Vauban and marshall Foch.

The Hôtel des Invalides is now home to several museums: - The Musée de l'Armée is a large military museum located on both sides of the cour d'honneur. It covers military history from the Stone Age to the second World War. It features weapons, uniforms, maps and banners, not only from the western world, but also from countries like Turkey, China, Japan and India. Relief map displays detailed scale models of French fortresses and fortified cities, going back to the 17th century. It also boasts a large number of archives and geographical maps.

The Musée de l'ordre de la Libération is dedicated to the liberation of France in the Second World war and to its leader, general Charles de Gaulle. It also covers the deportations and concentration camps as well as the resistance movements.

The Hôtel des Invalides is located in the 7th arrondissement, south of the Seine river, just east of the Ecole Militaire. 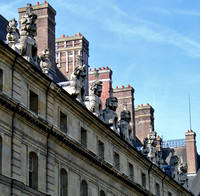 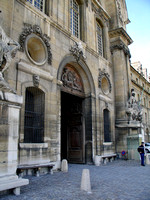 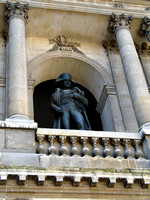 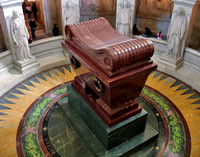 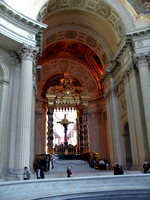 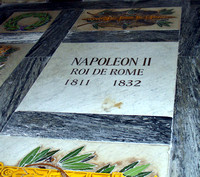 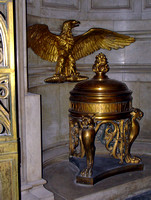