Visitors 0
Modified 19-Apr-19
Created 16-Sep-09
19 photos
An officially designated historic district, Montmartre is one of the most colorful neighborhoods in Paris so it's no surprise that this area is a favorite among tourists.

The area is basically a hill that reaches a height of about 130 meters (427 feet), located in the north of Paris in the 18th arrondissement, Montmartre has long been known as the premier artist’s enclave in the city. The word Montmartre is translated to mean “mountain of the martyr” and was derived from the martyrdom of Saint Denis – the bishop of Paris - who was decapitated atop the hill in 250 AD. This hill outside the city was settled because, during the 19th century, the emperor Napoleon III had given much of the prime land inside the city to his wealthy friends, who were charged with the task of developing it. The original inhabitants were forced to move to Paris’s outskirts where they quickly established their own “town” sans the rules and regulations of the city. That’s part of the reason why Montmartre quickly became a popular drinking area, and by the late 18th century, along with the liquor came a number of entertainment establishments that were less than reputable, like Moulin Rouge and Le Chat Noir (The Black Cat. During the mid to late 1800s, artists also began calling Montmartre home. Pisarro and Jongkind were two of the first to live there, followed by such greats as Edgar Degas, Henri Matisse, Toulouse-Lautrec, Pierre-Auguste Renoir, and Pablo Picasso, just to name a few. Composers, like Erik Satie, also lived in the area.

As a designated historic area, little development is allowed in Montmartre so, thankfully, it has retained much of its character and charm. Just walking around the district is a treat, but if you want to do some sightseeing or cultural visits, head to the Musée de Montmartre, where artist Maurice Utrillo once lived and painted, as well as the mansion behind it, which was once occupied by Renoir. A trip to the Montmartre Cemetery is also in order, and guests can view the graves of many great artists. Of course, you may also want to take in dinner and a show at Moulin Rouge or one of the many other nightclubs in the neighborhood. To get to the top of Montmartre, guests can hop aboard the funicular railroad that ascends the Sacré-Coeur hill from the south toward the Sacré-Coeur Basilica. You can also take the Montmartre Bus which stops near many notable sights on the hill.

Montmartre’s most recognizable landmark is the Basilica du Sacré-Coeur, constructed from 1876 to 1912. The white dome of this Roman Catholic basilica sits at the highest point in the city, at the summit of the “butte Montmartre” and the church is visited by millions of tourists each year.

La Place du Tertre, a square in the 18th arrondissement, is located just a few blocks from the basilica. It is here that today’s artists set up their easels and tempt passers-by with their works of art. Many will ask if they can paint your portrait, which – of course – would be a lovely souvenir of Paris. A treat to visit, Place du Tertre is a throw-back to the days when the world’s best artists lived in Montmartre and did the same, eventually forging a name for themselves in the world of art. 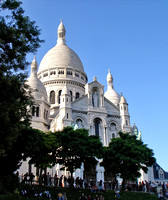 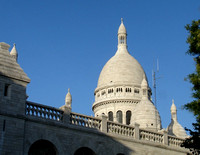 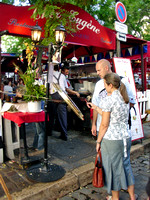 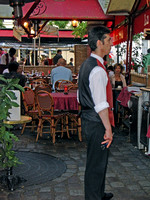 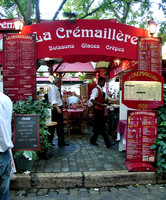 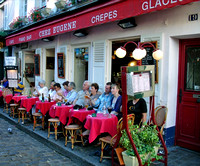 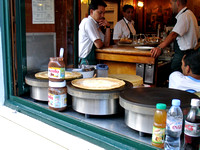 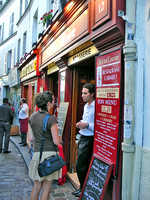 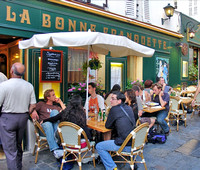 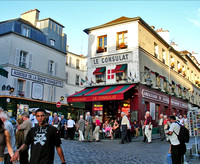 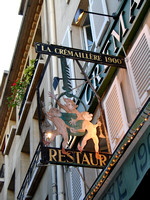 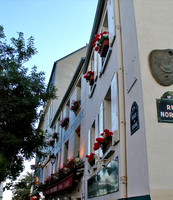