Visitors 0
Modified 9-Feb-19
Created 11-Jun-09
54 photos
The gardens of the Kensington Palace cover around 105 ha or 260 acres and border Hyde Park on the east.

The history of Kensington Gardens started in 1689, when Round Pound King William III and Mary II bought the Nottingham house in Kensington. The house was turned into a palace by Christopher Wren and the 12 acre large garden was enlarged by Queen Anne, partly by acquiring 100 acres of Hyde Park in 1705. The garden was constantly redesigned, especially by Queen Anne and later by Queen Caroline. Queen Anne added the Orangerie, a red-brick building north of the Kensington Palace used for housing plants during winter time.

The Kensington Gardens are very popular for walking and jogging. It is a more relaxing park than the adjacent Hyde Park. Its most famous attraction is the Kensington Palace, the former home of Princess Diana. Other features of the park include a bronze statue of Peter Pan and the 180ft high Albert Memorial. It was built between 1864 and 1876 to commemorate Prince Albert I, husband of Queen Victoria. Another attraction in the park is the Serpentine Gallery, a modern art gallery housed in a former tea pavilion. One of the latest features added to the park is the Diana, Princess of Wales Memorial Playground. The modern playground, one of three playgrounds in the Kensington Gardens, is themed around Peter Pan.

Also popular are the Long Water, a large lake, the Round Pond (a favorite with remote controlled boat enthusiasts) and the sunken garden, a beautiful garden created in 1909 and based on a Tudor garden in Hampton Court. The park also features statues, among them 'Physical Energy' by George Frederick Watts (1908), 'Rima' by Jacob Epstein (1925) and 'Arch' by Henry Moore (1979). 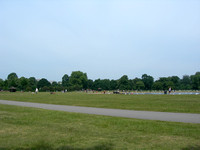 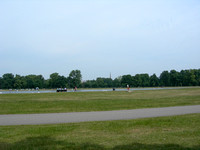 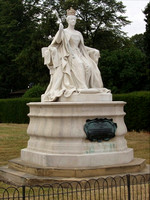 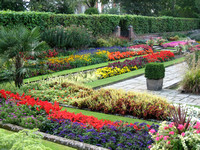 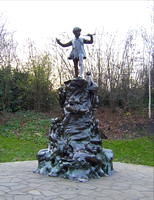 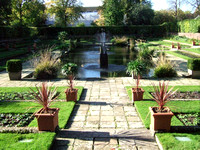 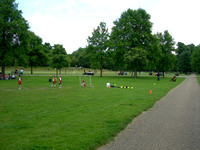 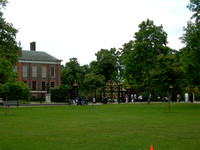 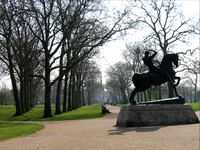 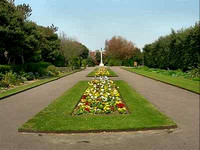 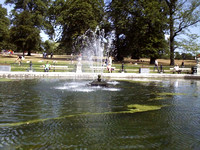