Visitors 2
Modified 9-Feb-19
Created 23-Nov-10
81 photos
San Telmo San Telmo vies with nearby La Boca for the title of “the barrio that birthed the Tango”. While the birthright of Tango may boil down to a technicality, lively San Telmo remains a focal point of the city’s Tango and art scenes.

Named after the Patron Saint of seafarers, San Pedro González Telmo, this area has a long history as Buenos Aires’ most culturally diverse neighborhood. In the 17th-century it was home to the laborers arriving from Spain and Italy and later thousands of Irish, Russians, Poles, Germans and freed African slaves.

The 19th-century architecture throughout the neighborhood reveals the brief period when this was one of Buenos Aires’ wealthier districts. Improved infrastructure including sewer lines and gas lights installed in 1852 attracted the well-to-do who built the mansions that can still be seen today. When a yellow fever epidemic that claimed the lives of thousands broke out here in 1871, the well-off moved north to lower-risk areas such as Recoleta. Left empty, San Telmo’s mansions were divided up and rented to new immigrants that arrived during intense periods of immigration that lasted until after World War II.
Today, the neighborhood is still home to struggling immigrants in low-rent tenements, and even a few remaining squats, but many among the newcomers are European and American travelers as well as students and artists from all over South America.

Buenos Aires’ most historic neighborhood has narrow cobblestone streets lined with resplendent, often crumbling buildings, family-owned bakeries, antiquated hardware stores, and an eclectic mix of bars, cafes and restaurants. Fearless kids play soccer on the streets between traffic, Cumbia and Tango music waft onto the sidewalks, young couples kiss in doorways and cats lounge in windowsills. If there’s a game on, the screams can be heard every time the neighborhood’s favorite soccer team, La Boca scores a goal.

In recent years some residents have griped about what is described as the ‘Palermo-fication’ of San Telmo. The neighborhood of 26,000 residents is sprucing up in some areas with the addition of Latin America’s first five-star gay hotel, boutique clothing shops and sterile chain ice-cream stores. Restaurants offering ‘fashion sushi’ and ostentatious glass-paneled storefronts look out of place but overall San Telmo stubbornly remains untamed. Property prices for the historic buildings have skyrocketed in the last few years, but the ‘neighborhood of peace and happiness’ refuses to sell its soul.

‘The Republic of San Telmo’ is chaotic, sometimes dirty and at once touristy in parts, but it is the neighborhood that elicits the deepest and most enduring affection for those visitors who get hooked. 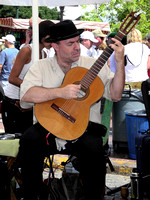 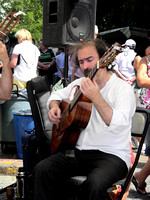 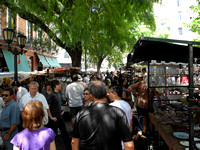 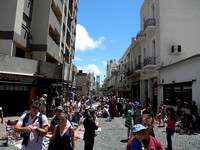 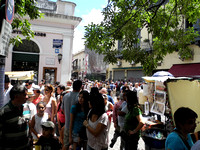 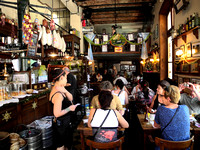 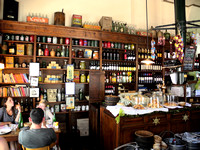 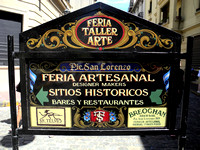 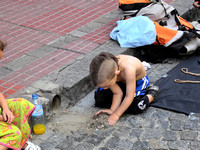 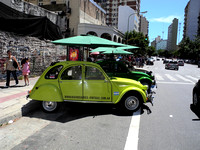 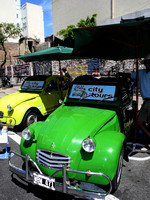 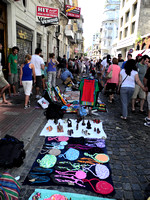 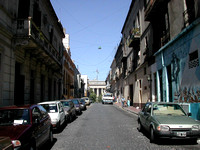 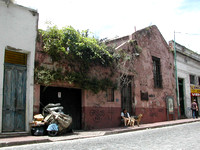