Visitors 0
Modified 6-Mar-22
Created 6-Mar-22
96 photos
This Sunday (Mar 2022) we took a drive to a place we had passed by on my way to visit my sister Beth (and Adrian) at the Apache Junction Stats Park.
The place is the Goldfield Ghost Town. Way back when (late 1890’s) gold was discovered by a Dutchman who became quite famous in the area.
A mine was the natural result, and the miners took tons of gold out of the place, but in the midst of it all, they dug deep enough that they broke into a water aquifer 800’ down, which eventually overtook the efforts to pump the water out and the mine flooded. The miners left and the town eventually ended up deserted and a ghost town.
It was rejuvenated by some pesky entrepreneurs and the tourist attraction resulted. From the crowd that was there when we visited, it was a good move on their part and it is now quite the “spectacle”.
They offer tours in the upper reaches of the mine, plus a train ride on the old donkey train that moved ore from the mine to thec smelter. We found some pretty nice things that we bought in the store, in spite of the “touristy” feel of the place. There was even a short skit by a group who do skits depicting shoot-outs in the local towns. Entertaining, with lots of gun fire and a different theme every hour during the afternoon hours (4 shows actually). 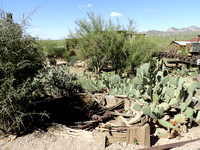 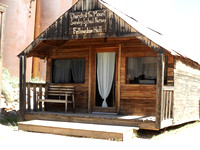 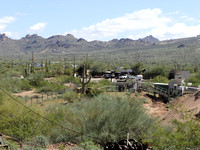 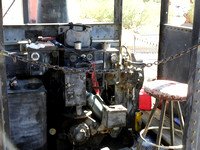 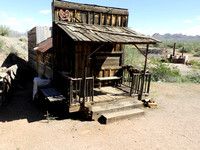 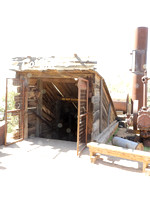 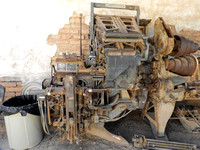 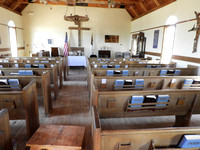 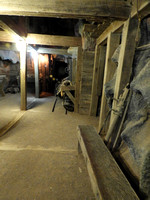 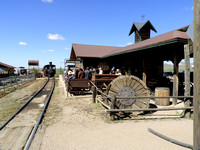 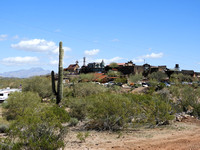 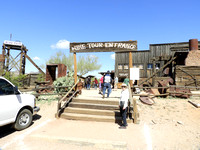 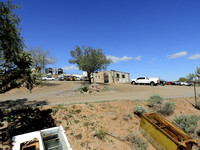 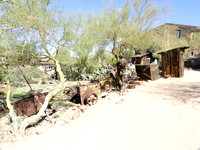 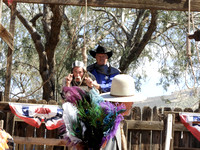 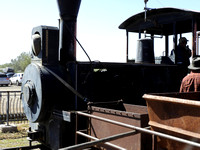 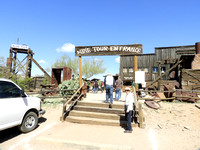 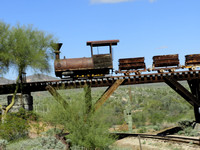 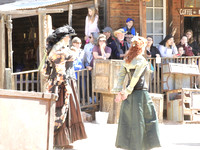 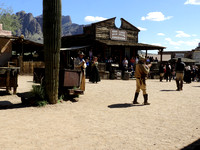