Visitors 0
Modified 22-Sep-09
Created 22-Sep-09
38 photos
Leeds Castle in Kent, England, has been called the "loveliest castle in the world". Listed in the Domesday Book, this castle has been a Norman stronghold, a royal residence and a royal palace. It's situation is stunning, set on two islands in a magnificent lake.

The Royal Manor was originally built in 857AD and owned by the Saxon royal family. After the Norman Conquest, work began on building the first stone castle on the site. In 1278 the Castle became a royal palace for Edward I and his Queen, Eleanor of Castile. Major improvements were made to the castle during the reign of Edward I. The Barbican, constructed during this time, is unique in that it is made up of three parts, each having its own entrance, drawbridge, gateway and portcullis. The medieval Keep, incorporating the Great Hall, is called the Gloriette, in honour of Queen Eleanor. In 1321, King Edward II gave the castle to his Royal Steward. When Edwards' Queen Isabella arrived at the Castle seeking shelter. However, she was refused admission and even fired upon by archers. Edward II was not amused and successfully lay siege to the castle. Six years later Edward was murdered but Queen Isabella kept the castle until she died in 1358.

During its lifetime, the castle has been home to six medieval queens - Eleanor, Isabella, Philippa of Hainhault (wife of Edward III), Joan of Navarre, Catherine de Valois and Catherine of Aragon. Elizabeth I was imprisoned here for a time before her coronation. Leeds Castle is often referred to as the "Castle of Queens, Queen of Castles". Perhaps the Castle's most famous owner was King Henry VIII, who transformed the castle for his first wife, Catherine of Aragon. The stunning painting of the 'Field of the Cloth of Gold', which commemorates the meeting between King Henry VIII and the French King Francis I in 1520, hangs here at Leeds Castle.

Purchased by the Culpeper family the castle avoided destruction during the Civil War as the Culpeper family sided with the Parliamentarians. Later the castle was used to house French and Dutch prisoners of war. The last owner of Leeds Castle was the indomitable Lady Baillie who bought the castle in 1926 and employed French interior designers to transform her new home. She dedicated most of her life to the improvement of the Castle and was responsible for setting up the Leeds Castle Foundation. The Castle was opened to the public in 1976.

Today, visitors come from all around the world to view this magnificent castle set in over 500 acres of landscaped parkland with its maze, grotto, waterfowl, aviaries, and vineyard. The maze is particularly popular with the secret grotto at the centre. 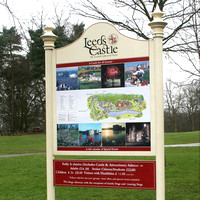 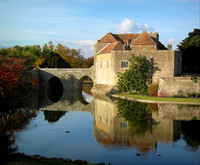 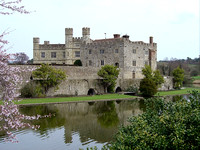 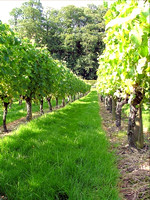 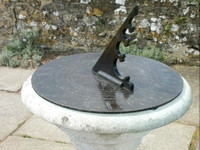 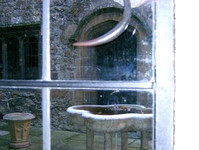 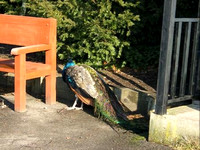 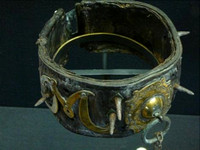