Visitors 0
Modified 19-Apr-19
Created 20-Sep-09
20 photos
Mainz, also Mayence, city in southwestern Germany, capital of the state of Rhineland-Palatinate, on the Rhine River , opposite the mouth of the Main River.
It is a major port, a leading trade center for wine, and a manufacturing city; products include chemicals, machinery, metal goods, precision instruments, and printed materials.
Among the city's points of interest are its famous Romanesque cathedral (early 11th century) with sculpture by the medieval Master of Naumberg; Saint Stephen's Church, with stained glass windows by Marc Chagall, executed between 1976 and 1979; a museum of Roman and Germanic history; and a museum of the Rhineland.
The city includes 445 hectares (1100 acres) of vineyards.

Also in Mainz is the Gutenberg Museum (1900), commemorating the life and work of Johannes Gutenberg, who in the 1400s was the first European to print with hand-set type cast in molds. His press made Mainz the first printing center of Europe. The museum contains one of the few remaining copies of the original Bible printed between 1452 and 1455.

A university is in Mainz, and several festivals are held in the city throughout the year. In the 1st century BC, Roman soldiers built the fort of Maguntiacum (Mogontiacum) on the site of the present-day city. The archbishopric of Mainz was founded about AD745, with the English missionary Saint Boniface as the first archbishop. The archbishopric acquired much land and power before being secularized in 1803, while the city was under French control. 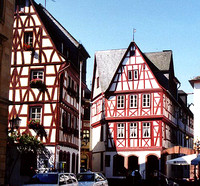 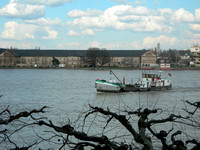 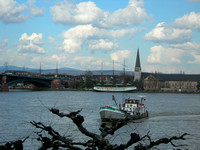 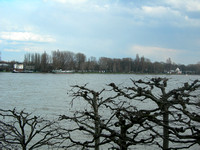 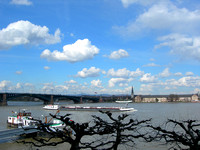 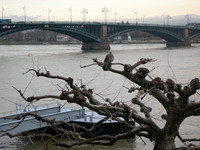 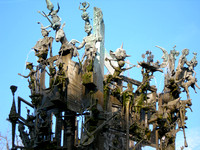