Originally part of the British Museum, the Museum of Natural History began with a donation to the country of the collection of Sir Hans Sloane in 1753. Sloane, who was a physician, is said to have collected “natural curiosities.” When a second collection by botanist Joseph Banks (who traveled with Captain James Cook) was added to Sloane’s collection, museum curators began to see a need for a separate location for these item. A competition was held to determine the architect for the new building. The winner was Captain Francis Fowke who, unfortunately, died before he was able to complete his design. The honors then went to Alfred Waterhouse, who designed a German Romanesque structure that is now known as the Waterhouse Building. The collections were moved to their new home in 1883, but it wasn’t until 1963 that these and additional collections were considered a museum in their own right.

Considered one of the best examples of Romanesque architecture in Britain, the Waterhouse Building has become a London landmark. Its high-spired towers soar above much of the skyline and its huge grand façade – inspired by the basalt columns at Fingal’s Cave in western Scotland – is awe inspiring. Don’t forget to look up at the intricately painted ceiling panels in the Central Hall. Decorated with plants from all over the world, these gilded tiles are breathtaking and each tells its own story. This structure is also famous for its many terra cotta features, and Waterhouse’s use of terra cotta as a building material was groundbreaking in Great Britain.

The former Geological Survey Museum (now part of the Natural History Museum) is housed in a building designed by architects Sir Richard Allinson and JH Markham. Completed in 1933 and opened in 1935, the building bears close resemblance to the nearby Science Museum.The Darwin Centre Building, which serves mainly as a storage facility for the collection, is a contemporary state-of-the-art environmentally-conscious building complete with an energy-saving glass solar wall.

The museum's enormous collection of artifacts and specimen (70 million+) covering life on earth can be overwelming. The museum is divided into different color-coded zones, each focusing on a specific aspect of life on earth The collection of dinosaur skeletons is one of the museum's biggest attractions. There are several life-sized models in the Dinosaur hall and you'll also encounter the skeleton of a Diplodocus in the central hall. Also a favorite with visitors is a hall dedicated to large mammals, including an enormous model of a blue whale and several elephants.

Other halls feature exhibitions on reptiles, fish, birds, 'creepy crawlies', and ecology. Another zone of the museum focuses on geology. Here you can see the earth seen from outer space and a simulated earthquake and volcanic eruption. There's also a large collection of minerals and stones. 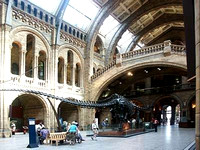 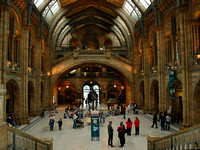 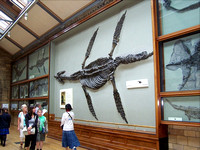 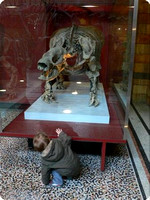 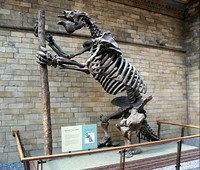 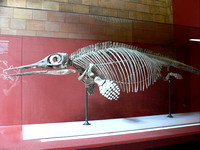 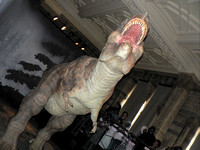