Visitors 1
Modified 9-Feb-19
Created 22-Sep-09
15 photos
Hyde Park is one of several royal parks in London connected to each other, forming one large green lung in the center of the city.

The other parks are the neighboring Kensington Gardens, Green Park and St. James's Park. Hyde park covers more than 360 acres (142 hectares) and hosts many large events, including celebrations and concerts. It is also a popular place for jogging, swimming, rowing, picnicking and even horse riding.

In 1536 King Henry VIII acquired Hyde Park from the monks of Westminster Abbey. It was used primarily for hunting. King Charles I created the ring (separating Hyde Park from Kensington Gardens at the north side) and opened the park to the public in 1637. The Serpentine layout was planned by architect Decimus Burton in 1825.

The Serpentine, a large artificial lake, separates the Hyde park from neighboring Kensington Gardens where the lake is called the Long Water. Queen Caroline, wife of King George II had the lake constructed in 1730. It is popular for boating and swimming. At the south end of Hyde park is Rotten Row, a famous bridle path. The road is almost four miles long (6,4 km) and is now used as a horse riding, cycling, rollerblading and jogging route. In the 17th century the road was used by William III, who found the walk from Kensington Palace to St. James was too dangerous. So he had oil lamps installed along the route, thus creating the first public road to be lit in England. The term 'Rotten Row' is derived from the French 'route du roi' or King's road.

In the 19th century Hyde Park had become a popular place for meetings. In 1872, in response to riots after police tried to disband a political meeting, Speaker's Corner was established to create a venue where people would be allowed to speak freely. Here, every Sunday people stand on a soap box and proclaim their views on political, religious or other items, sometimes interrupted and challenged by their audience.

At the north-east corner of Hyde Park is the Marble Arch. It was originally built in 1827 as a gateway to Buckingham Palace, but it was moved to its present location in 1851. The design by John Nash was based on the Arch of Constantine in Rome. Another arch, the Wellington Arch, can be found on Hyde Park Corner, at the south-east corner of the park, connecting Hyde Park with Green Park. The arch was built in 1826 by Decimus Burton. A statue of the Duke of Wellington was added later, in 1846. The statue was replaced by the Quadriga of War in 1912. Inside the arch are exhibitions and galleries open to visitors. 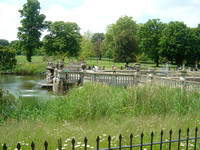 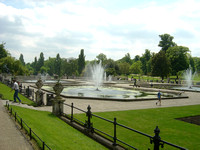 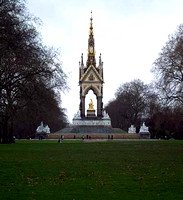 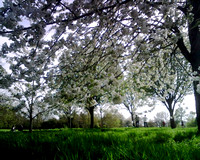 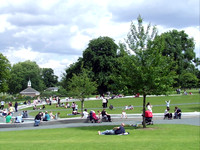 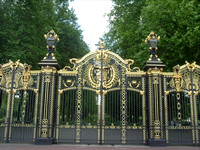 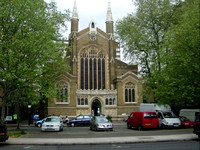