Visitors 1
Modified 9-Feb-19
Created 23-Nov-10
132 photos
The name of the neighborhood comes from the Monastery of the Recollect Fathers, members of the Franciscan Order which was established in the area at the beginning of the 18th century. They founded a monastery and a church dedicated to Nuestra Señora del Pilar with a cemetery attached. It is here that Carolina Ardohain was baptized.

The Recoleta pathway is near the exact geographic center of the neighborhood, and one of its highest points in the city. At the end of the 19th century, about 1871 and for reasons explained below, this area attracted wealthy families from the south of the city. From that time on, the Recoleta has been one of the most stylish and expensive neighborhoods in Buenos Aires, home to private family mansions, foreign embassies, and luxury hotels, including the Alvear Palace Hotel, the most sumptuous in all of Latin America.

The historical center of this neighborhood is the Church of Nuestra Señora del Pilar, construction of which was completed in 1732. For that reason, the neighborhood was occasionally called El Pilar. The church was originally situated at the edge of the banks that sloped down to the Río de la Plata and Manso Creek. The creek, also known as Tercero del Norte, currently flows through an underground pipe, and runs below present-day Pueyrredón Avenue. It formed a type of small delta, with channels along the current Austria and Tagle Streets, which flowed into the Río de la Plata.

When Buenos Aires suffered terrible cholera and yellow fever epidemics in the 1870s, the population of the city spread out to avoid the contagion. It was for this reason that, while the underprivileged classes settled in the south-southwest of the city, the most wealthy settled in the Recoleta area where the height of the terrain reduced the presence of insects which transmitted the diseases. Many of these families were members of the ruling national elite, considered of noble ancestry for having descended from respected historical figures from the period of Argentine independence. Their wealth allowed them to build mansions and other notable buildings in the French architectural style of the period (many of which were demolished towards the end of the 1950s and beginning of the 1960s). Consequently, Buenos Aires was often referred to as the “Paris of South America”. Nowadays, what is left of these traditional buildings coexist with elegant modern constructions.

Together with some sections of the neighboring communities of Retiro and Palermo, Recoleta forms part of the area known as Barrio Norte, a traditional residential zone for the city’s most affluent families, where a great portion of the cultural life of the city is concentrated.

The Recoleta Cemetery is one of the main tourist attractions in the neighborhood. It was designed by the French architect, Prosper Catelin, at the request of President Bernardino Rivadavia, and was dedicated in 1822. The cemetery is located next to the former monastery of the Recollect Fathers. It is an outstanding display of nineteenth- and twentieth-century funerary art and architecture, with private family crypts of the bourgeoisie and mausolea of the landowning classes. The mortal remains of many figures in Argentine history can be found here: Juan Bautista Alberdi, Manuel Dorrego, Bartolomé Mitre, Juan Manuel de Rosas, Cornelio Saavedra, Guillermo Brown, and Domingo Faustino Sarmiento. Perhaps the most popular among them is the tomb of Eva Perón whose grave is visited daily by large numbers of tourists and admirers of Peronism. 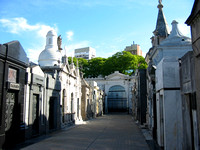 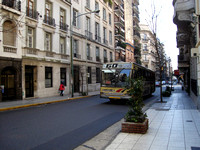 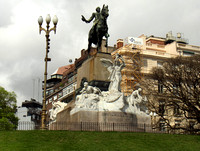 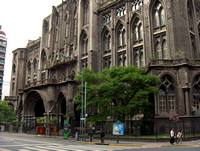 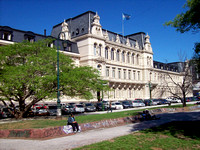 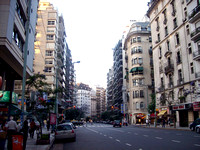 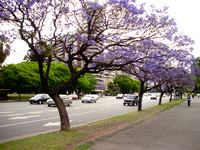