Galleries 23
Collections 0
Groups 2
Created 30-Jun-09
Modified 19-Apr-19
Spain has to be one of the more fascinating places to visit. the major cities all have their own personalities, each deriving its atmosphere and general aura from the long history of the country. Spain was, at one time or another, occupied by all the major civilizations, from before the Phoenicians, the Roman Empire, and eventually the Arabs and Muslims from North Africa.
Aside from being a staunchly Catholic country, there are still traces of the various past religions that, to this day, color the national fabric of the country (Jewish, Muslim, etc)
The archeology throughout Spain is well worthy of review and the ancient ruins makes one wonder if we are really all that advanced here in the 21st century. The old technology is most impressive.
The people themselves are the crowning glory. They have a true zest for living and their restaurants, bars, nightclubs and dance halls are open and busy 24/7.
Even the language is special - it can truly be called a "romantic language".
Spain and its Mediterranean coastline is a must see if you are ever in Europe. 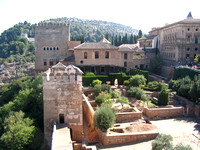 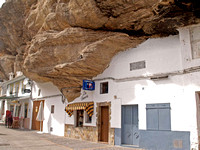